A candi (ing english, temple) is a Hindu or Buddhist temple in Indonesia, mostly built during zaman Hindu-Buddha or “Indianized period”, between the 4th and 15thcentirues. The KBBI (Great Dictionary of the Indonesian Language) defines a candi as an ancient stone building used for worship, or for storing the ashes of cremated Hindu or Buddhist kings and priests. Indonesian archaeologists describe candi as sacred structures of Hindu and Buddhist heritage, used for religious rituals and ceremonies in Indonesia.

Malang is one of the cities in Indonesia that holds valuable historical values and has numerous candi that still stands today. This article will give a review 3 of the candi in Malang. 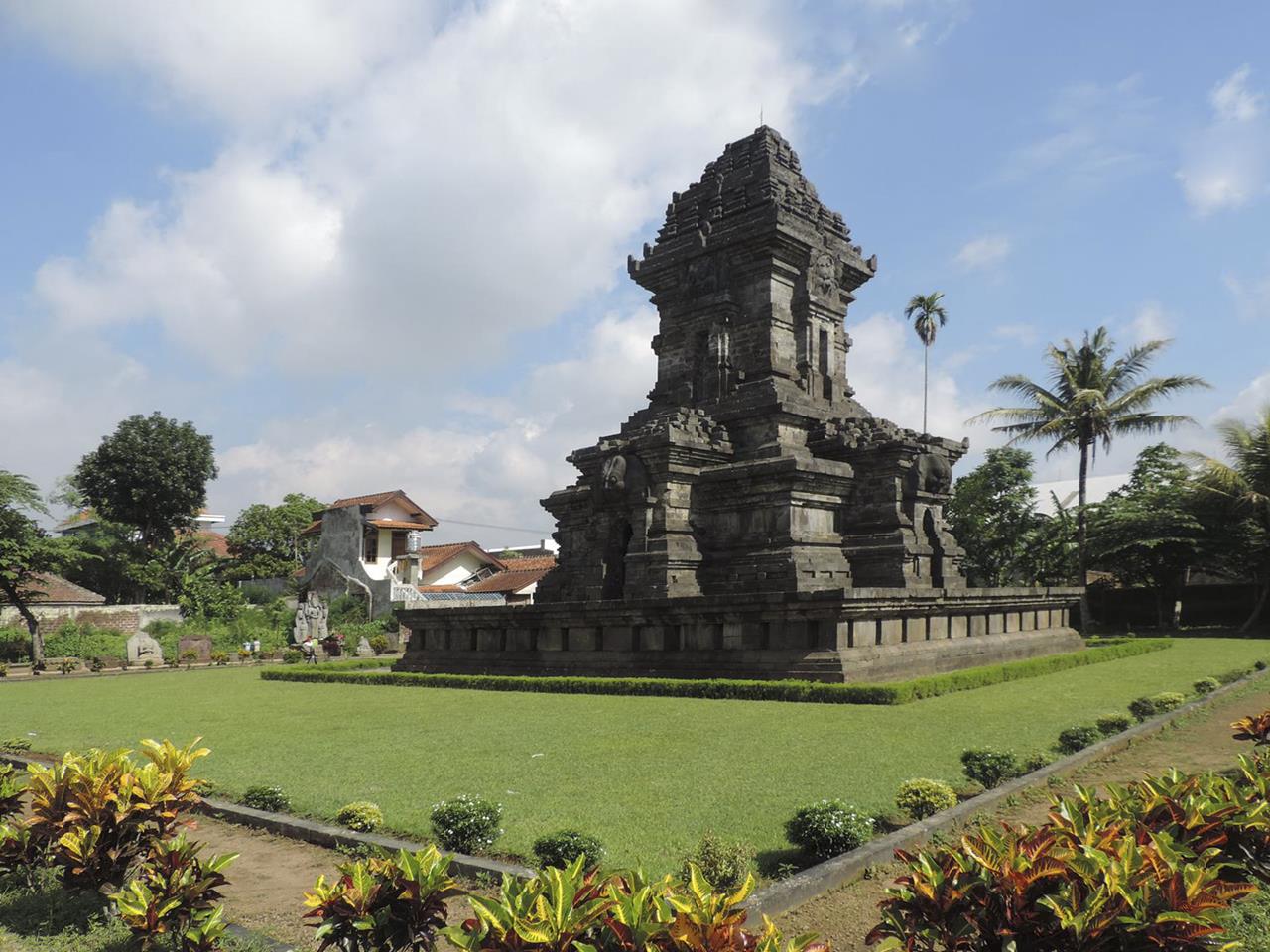 This temple is located on Jalan Kertanegara, Candirenggo village, Singosari district. It is about 10 kilometres north from Malang City. it is on the valley between two mountains range, that are Tengger-Bromo in the east and Arjuno-Welirang in the west, with elevation 512 metres above sea level. The temple orientation is facing northwest towards Mount Arjuno. It is linked to the historical Singhasari kingdom of East Java, as the site around the temple is believed to be the centre of Javanese court of Singhasari.

The temple was mentioned in Javanese poem Nagarakretagama (an Old Javanese eulogy to Hayam Wuruk, a Javanese king of the Majapahit Empire) canto 37:7 and 38:3 and also in Gajah Mada inscription dated 1352 and discovered in the temple’s yard. According to these sources, the temple is the funerary temple of King Kertanagara (ruled 1268 – 1292) which is the last king of the Singhasari dynasty, whose assassinated in 1292 by Jayakatwang of Gelang-gelang and finally led to the establishment of Majapahit rule.

The temple is stated unfinished because the incomplete kala head that is seen over its lower entrance. The temple faces northwest. Its lower level is Shaiva, but the temple has a second cella on the upper level, that was a Buddhist dedication.

Candi is temple in Indonesian. Candi Badut or Badut temple is being estimated as the most ancient temple in East Java. This temple is built by a king and the accomplices in a purpose for eradicating the disenchanted diseases. Based on the inscription, Candi Badut was founded in 682 Saka or around the 760 AD. Not as the same as the normally naming of a temple in Java that is derived from the village name where the temple is located, Candi Badut has a various version of naming. The first, it is derived from a name of a tree. Badut is a name of a tree that is similar to jackfruit tree. For the numerous tree that found in the village, both the village and the temple are named Badut. Next is derived from the childhood name of King Gajayana. Aanother story comes from the founder of the temple. In the King’s childhood, he is called Liswa which means witty or comedy and then the Javanese named it as Badut (clown or the verb is joking). Because of the temple is built by a King who like to make jokes (ngebadut), finally the temple is named according to the character of the King.

Candi Badut is addressed at Jalan Candi 5D, Karangwidoro, Dau, Malang City, East Java. The exact location is in the middle of a residentaial area of Karang Besuki village, district of Dau in Malang. It is just 10 meters from the small main street of that area. Candi Badut stands on an area of 2,808m2 and 508 meters above the sea level. The area is surrounded by mountains. At the east there is Semeru Mountain, at the west, Arjuna Mountain, at the north, Tengger Mountain and at the south, Kawi Mountain. This temple consists of foot, body, and roof. When people found it, they just could see the foot parts. They collect the stones based on its sort and size. Then they tried to build the body. The foot and body were rebuilt but the roof cannot be found. 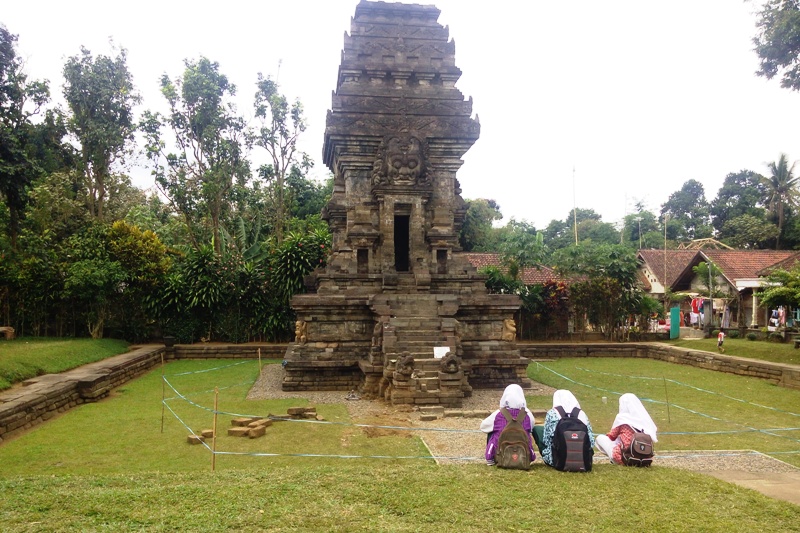 Another review about candi. This time is the time for Candi Kidal. Kidal temple is located in Rejokidal Village, Tumpang District, Malang Regency, exactly about 20 km to east from Malang city. This temple can be said is the oldest temple of worship in East Java, because the government of Airlangga (11-12 AD) of the Kingdom of Kahuripan and kings of Kediri Kingdom (12-13 AD) leave only temple Belahan and Jalatunda which is petirtaan or bathhouse.

The history behind Candi Kidal has been written authentically in Negara Kertagama’s verses several times. Furthermore, there are two main reasons. first, this is the place of asceticism of Anusapati who is step son of Ken Arok. Step son in Javanese language is often said as left (kidal). then for the next reason, it’s about the narration of Garuda Adi Parwa. in this temple, the perusal method used is unusual, which is called as pPrasawiya. prasawiya is an ancient word derived from Sanskrit language which has the meaning “left” or kidal in Javanese language. this temple was built around in 1248. in addition, based on the research conducted by some researchers, the building process needed 33 years. The Beginning period of Singosari. actually, in some archives the name was still Tumapel not Singosari.